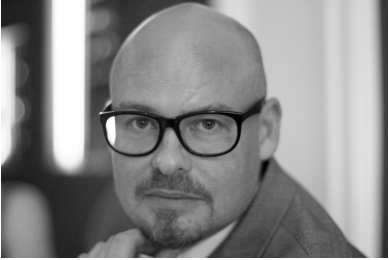 ﻿We were proud to welcome Dr Mads Bunch, who is currently an Assistant Professor in the Department of Scandinavian Studies and Linguistics at the University of Copenhagen, as the NRN2015 keynote speaker.


Mads spent a week at the University of Edinburgh's Department of Scandinavian Studies as a Visiting Scholar. The conference organising committee are particularly keen to acknowledge the generous support of the Northern Scholars Scheme in facilitating the visit.


Mads has previously been the Lecturer in Danish at the University of British Columbia, Canada and will bring a unique transatlantic perspective to proceedings. Mads’ keynote is titled Literature of the North Atlantic. Faroese and Icelandic Literature in a Scottish Context. Mads will also deliver another public lecture on the work of Karen Blixen earlier in the week.


Keynote Abstract:
The lecture explores the major developments in Icelandic and Faroese Literature in the 20th century focussing on the currents of modernism and magic realism and writers such as Halldór Laxness, Einar Már Guðmundsson, William Heinesen and Gunnar Hoydal.

The developments in Icelandic and Faroese literature will be framed within a Scottish context through comparison with the literature of the Orkneys, primarily the works of Edwin Muir and George Mackay Brown.

The aim is to point out common regional experiences and similar/different artistic approaches and developments in the literatures of these North Atlantic areas, which have all been influenced by European and other global literatures, yet, in each their ways, kept their regional stamps.