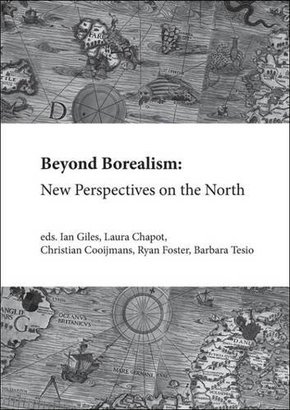 Beyond Borealism: New Perspectives on  the North

Maybe ‘borealism’ could be a name for the Southern preconceived ideas about those who live at Northern latitudes?

Thus writes prominent Norwegian writer Kjartan Fløgstad. Although not everyone may be readily familiar with ‘borealism’ as an expression, most readers are likely to have engaged with the concept at one time or another. For many years, the boreal has sparked the imagination of British audiences, and its popularity continues to flourish as contemporary Nordic cultural waves make landfall in the UK.

This volume presents a range of new perspectives on the Nordic region, as well as its myriad of influences on its surroundings. The fifteen chapters in this publication showcase some of the best research being conducted by emerging researchers in Britain on Nordic topics. Divided into thematic sections, these chapters cover everything from historical narratives to contemporary culture, with numerous other elements in between. As such, this volume offers refreshing and alternative perspectives on a diverse number of subjects, whilst also marking many research topics’ first appearance in publication. This book offers something for everyone, be they students writing essays or fully-fledged academics preparing monographs, and provides a clear, concise point of entry for those curious about any number of Nordic issues.

​Available from all good bookshops for just £14.95. Click here to buy a copy from Books Please.

Table of Contents
​
Echoes of History

A Similar but Different Boat Tradition: The Import of Boats from Norway to Shetland 1700 to 1872
Marc Chivers

The Battle of Kringen in Nordic Culture and History
Jan D. Cox

The Compass of Nordic Tone: Jazz from Scandinavia
Haftor Medbøe

Miss Smilla to Sarah Lund: The Key Agents in the Dissemination of Danish Literature
in the United Kingdom (1990-2015)
Ellen Kythor

Drømme i København (2009): Dreams of the Øresund Region in a Film Portrait of Copenhagen
Pei-Sze Chow

At the Crossroads of Estonian and Finnish Identities
Cristina Sandu