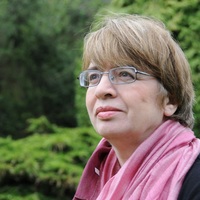 ﻿We are proud to welcome Professor Maria Nikolajeva  from the University of Cambridge as the NRN London 2016 keynote speaker.

Pippi Longstocking, from Sweden; the Moomins from Finland; that diminutive Norwegian, Mrs Pepperpot; or Heidi, fresh from her Swiss mountainside – these foreign stars of children’s literature were popular fixtures on British bookshelves at the end of the last century. So where are the new international children’s stories for tonight’s bedtime reading?
(Vanessa Thorpe, The Guardian, September 4, 2016).
​

The ongoing debate about the paucity of translated books in the UK encourages publishers and book promoters to widen British children's horizons by exposing them to literature from foreign cultures. But if publishers are looking for a new Pippi they are looking in the wrong place. Contemporary Swedish children's and young adult literature has gone a long way from the idyllic Småland of Astrid Lindgren's works. They reflect the harsh reality of today's young Swedes, the anxiety and frustration of the twenty-first century.

This talk will explore some recent Swedish young adult novels, discussing them against the common British cultural image of Nordic children's literature illustrated by Pippi, the Moomins and Mrs Pepperpot. ​​